This is a Used Motherboard Asus TX97 X (REV. 3.00) from a working system. Please note that these motherboards did not include a back plate and none is provided. Typically, they were installed in cases that had built-in back plates.

The ASUS TX97-X careful design is for the demanding PC user who wants many features in a small package. This motherboard:

Parts of the Motherboard: 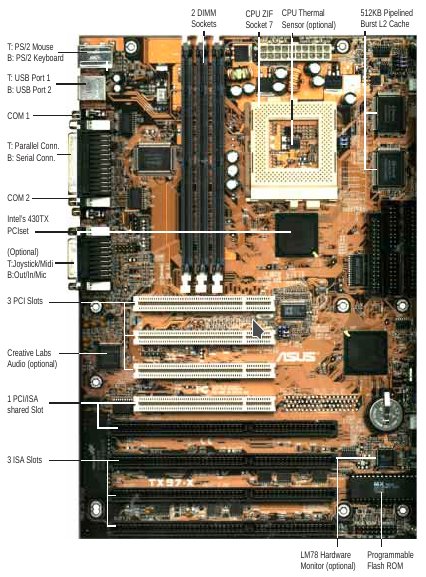 Product Search
On Sale Now
Quote This!
Every artist was first an amateur.
Ralph Waldo Emerson
Our Newsletter

Due to the Virus Pandemic, shipping outside the US may be delayed. Please check tracking codes for details. Dismiss